In this interview McCluskey discusses her memories of growing up on Detroit’s east side. McCluskey also discusses her community work with the IHM sisters immediately following the events of 1967.

Sister Pat McCluskey was born in Detroit in December 1941. She was raised on the east side of the city, in the Jefferson-Chalmers area–which was then a predominately Irish and Italian neighborhood. She attended St. Martin’s Catholic School. After graduating from high school she entered the Immaculate Heart of Mary Convent and became a teacher at St. Catherine High School. Sister McCluskey also works as a psychologist. She currently resides in Monroe, Michigan.

WW: Hello. Today is December 6, 2016. My name is William Winkel. This interview is for the Detroit Historical Society’s Detroit 67 Oral History Project, and I am in Monroe Michigan, and I am sitting down with—

WW: Thank you so much for sitting down with me today.

WW: Will you please start by telling me where and when were you born?

WW: What neighborhood did you grow up in?

PM: I grew up on the east side of Detroit in what’s now referred to as the Jefferson-Chalmers area. I lived right across the street from the Fisher Mansion on Lenox Avenue, two blocks from the river.

WW: What was growing up in that neighborhood like?

PM: I enjoyed it thoroughly. I grew up right across the street from the St. Martin’s Catholic Church and school, and that’s where I went to school. I was involved in all kinds of activities. There was a playground right the next street over and I was involved in sports a lot and whatever else was going on during the school years.

WW: Growing up in the city, did you tend to stay in your own neighborhood or did you venture around the city?

PM: I would say that we ventured around more into the downtown area. I remember going to J.L. Hudson’s, the basement store. We worked in some visiting because of being on the basketball team, some of the Catholic schools that would have been St. Rose, St. Jean, Annunciation, St. Charles. So I was in all of those areas. I was quite comfortable.

WW: What schools did you go to growing up?

WW: The whole time? There was a high school too? Oh, okay.

PM: There was a high school too. Uh hmm, yeah.

WW: After you graduated, did you stay in the city or did you go out of the city for college?

PM: I entered the Sister Servants of the Immaculate High Mary, the IHM Convent, and I became a teacher initially. I taught high school. My first place of mission was St. Catherine High School, which then became East Catholic—St. Catherine right off Van Dyke. From there, I left and I went to Puerto Rico for three years and then I was in Brazil working as a missionary for 12 years. Then I came back, and I got my PhD and I’m a psychologist now as well.

WW: What year did you leave for Puerto Rico?

PM: In September of ‘68. So it was ‘67—was the riots—and then we had ‘68, and that was when Martin Luther King died. We were right down the road from Barber School. We were–and this is where sometimes misperceptions happened of what was going on. People will talk about, or they talked about, it was an amalgamation of schools that occurred at that time. So, people from St. Charles came to our schools. Those who had come from the suburbs stopped coming; they decreased in number. We walked to the bus up to meet them at the bus stops, those kinds of things. They used to call them Sister Mary Conrad’s boys. Sister Mary Conrad taught Home Ec, and she had been at St. Charles, and she knew these guys who had come over and were then part of our school, and people, some people, talked about them as, Oh yeah, they were looting during the riots, and everything. And it was her boys who stood and protected the school when Martin Luther King died, and the students from Barber marched down and were throwing rocks into our school. So it kind of—it’s the question of stereotypes.

PM: So a lot of them were broken that day. But there was a definite change in that area once the riots occurred because you had a lot of the white people moving out and those who had come in—bussed in. The numbers decreased.

WW: Backing up to the early Sixties, going through the sixties, did you see the city changing?

PM: Did I see the city changing? Well—

WW: Or did you feel tension growing in the city?

PM: You know, I’ll tell you something. I was beginning a Master’s in sociology at U of D. [University of Detroit] I and in fact–this was shortly before the riots–but anyway. I was in this intensive summer course and all through it there were riots going on in other cities. And everybody in this course of the leaders said, “Oh, that’s not going to happen in Detroit.” And we finished the course on Friday, and on Sunday the riots broke out. So there was a lot of people who maybe thought there wasn’t tension, but there was. There were underlying dynamics.

A lot of segregation, even in the area where I grew up of St. Martin’s. Those who were black lived primarily three streets over. In our school, we only had at that time in the high school, I think there were three black students. I talk about it somewhat as it was an Italian, Irish ghetto, and that was the east side. But I would go over farther up in Girl Scouts and that up in the Chalmers area, and it was a gradually changing neighborhood. And tensions were increasing, which is actually what led my own family, after I had left, they moved from there in '71. That was after one of my sisters was dragged down the street by a black teenager, and that scared them. So there was growing tensions. Yes.

WW: So how did you first hear about what was going on July 23?

PM: Phone calls. Actually, I had been staying out. I had left the actual school for the summer and I was living out at Marian High School, the convent out there, and then got the phone call. Then was asked if I’d be willing to come in. So I came in, saw the tanks, everything down Gratiot Avenue and was there to be available at the school.

PM: I don’t know that I ever thought it would actually break out into the extent that it did. I wasn’t down on Twelfth Street. St. Catherine is a little bit more distant from St. Agnes and that whole area down there. So in that sense, being this young—I was 27 years old, 26 years old, and it was my first two years out teaching. I had kind of believed what I was hearing at U of D. So in that sense, I was surprised, and yet on the other hand I wasn’t because I saw what was going on on TV. Watts had occurred—a lot of the other places.

WW: Aside from your drive in, did you have any other experiences?

PM: During that time?

PM: Well, we were placed where we visited some of the neighbors and that went walking in the area, just talking with people. Many of them were our parishioners from St. Catherine Parish. It was more talking with folks. Seeing how they were feeling. Some of them were very frightened. And these were your African American people and your white people. So it wasn’t just white people who were fearful. It was the African American as well. They were fearful.

Then of course down in the St. Charles area, there was more looting down in that area. So there was fear. Is that going to come up where we are? you know? It was mainly being a presence. And then there was some food distribution, that kind of thing. When that was needed we helped with that too.

PM: Well I think it’s kind of an interesting project and I look forward to reading it. I think, I know from my own experience that where you stand depends on how you see. And so if you’re interviewing people from a lot of different places, I’m sure you’ll get many different perspectives.

PM: How do I interpret it? I’ve never named it as such. I’ve worked on Undoing Racism for many years now. I’ve been on committees and all that kind of stuff and I know that there’s cumulative forces that happen and I think that started with the raiding of a blind pig, if I recall. It’s been a long time—I didn’t come prepared for this. I’m just drawing out of my memory. I think there’s mass mob psychology that got involved. Kind of a release of tension and frustration, cumulative frustration with the systems. I don’t name it. Everybody else names it as, a riot. I don’t. I just see it was a combination of forces that was provoked, also, through the interaction with the police, and then it blew up. That kind of simmering tension of the injustices that were present and in many cases continue to be present, contribute.

WW: How do you feel about the state of the city today?

PM: The state of the city today. The focus is on more the center city. It’s going through gentrification process. There’s a lot of good development that has occurred. There are, depending on where you go in the city, it’s many cities in one. It’s not one city. And the neighborhoods have not received the attention that the center city has. So, I told you I’m with Marygrove College. And so we hope that some more attention will be given to the neighborhoods because until we get the neighborhoods stabilized, you’re going to just continue to have this process of gentrification and then people being shoved out and moving and the problems continue. So I’m hoping cautiously, but I also know that there’s a lot of good stuff going on too.

WW: Alright. Thank you so much for sitting down with me today, I greatly appreciate it. 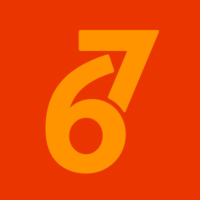 Detroit 67: Looking Back to Move Forward